How to attract young people to your church

How to attract young people to your church 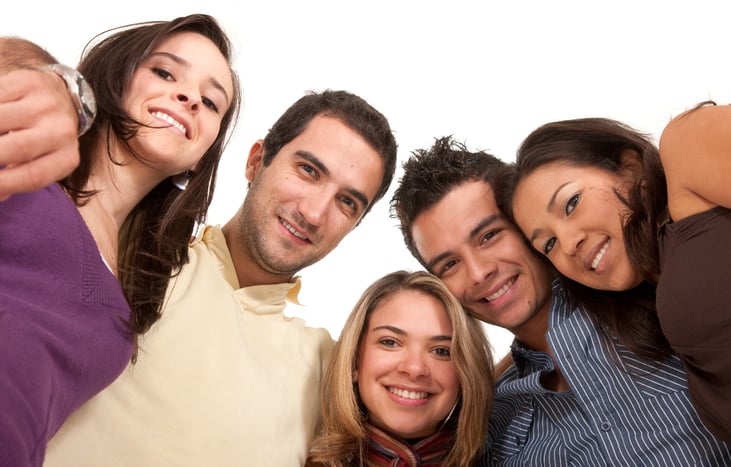 Every church wants to increase the number of young people in its congregation. Tim Gibson asks a range of experts how best to do it.

Ask a church member what they most want from their minister or priest and you’ll very often encounter the same reply: “We want more young people in our church.”

For many congregations, children and young people are viewed as a holy grail. Get them through the door and you’ll have a vibrant worshipping community with a long future ahead of it.

But as any church leader will tell you, attracting young people to church is easier said than done. So how do you go about drawing them in? And, more importantly, how do you keep them engaged?

We asked a variety of youth workers for their advice, and the responses were strikingly consistent. So, with a view to helping you evangelise the next generation of Christian disciples, here’s a distillation of what we heard.

Authenticity matters more than anything else

If there’s one theme that emerged time and again, it was this: churches need to be characterised by authenticity if they are to appeal to young people.

As Ali Campbell, a youth and children’s ministry consultant, explains, “Young people can easily spot a fraud. It is much more attractive to be yourself. Go for making meaningful, honest relationships with young people over a big and brash show. We can’t entertain young people into the kingdom.”

Mark Scanlan, tutor in theology and youth ministry at St Mellitus College in London, agrees: “For young people, the church needs to be built around a community that is holding to an authentic, honest conversation about what faith in Jesus looks like for our time. This means space for questions and doubt, young people being genuinely listened to and being able to shape things. It means not pretending we have all the answers, and revelling in the mystery of faith.”

When James Hall, a youth worker in a group of parishes in rural South Somerset, started his job, he spent a lot of time just saying “hello” to young people.

“If children and young people are hanging around on street corners or making mischief, go and talk to them. It starts with hello and on the first few occasions ends there, too. But keep at it. Youth work takes time. Run groups in village halls, lay on clubs and sports, link with schools and other initiatives in the area. Be available.”

The lesson is simple: don’t expect to grow your church’s engagement with young people over night. Allow time for bonds to form, and don’t push it. Just be there for them, and show an interest in their lives. That’s the first step to sharing the faith with them.

Do youth work with young people, not to or for them

But he believes the best approach is rather more sophisticated, and a whole lot less condescending. “Ask young people to help you shape the programme and activities [they will be a part of],” he says. “That empowers and equips them.”

James Hall, whose previous job was as a teacher, takes this insight further. “You encourage young people into church by making them really, really want to go,” he says. “They have a choice, and you need to treat them in a way that acknowledges that. You can’t be a teacher to them. The youth worker’s role is fundamentally different.”

Youth work is a shared responsibility

Mark Scanlan is very clear that the whole church community needs to commit to working with children and young people in order for an outreach programme to succeed.

“Church members need to be open-handed with the things they hold dear, allowing for a variety of styles and views,” he says. “This means plenty of grace and forgiveness when things don’t work out.”

James Hall echoes this view, saying that congregations shouldn’t “wash their hands” of their responsibilities to work with young people just because they employ a youth worker.

“We all know the saying that it takes a village to raise a child,” he asserts. “I wonder if we should apply this to youth work, so that the whole church takes responsibility for the young people in its midst, not just parents and the youth worker. As Proverbs says, ‘Raise a child in the way he should go and he will not depart from it.’”

“If I look at some of the best stuff on Instagram or YouTube it often comes with a compelling story,” reflects Ali Campbell. “[The church needs to] draw young people into a compelling story about what is happening today. What is God doing right now? In sharing the Bible, look at the stories Jesus told, look at the people who are part of God’s story. Invite young people to enter in and be a part of the story of what God is doing today.”

In other words, engage young people using the methods to which they are accustomed: social media, video, blogging and vlogging. As Ian Adams, tutor in pioneer learning at Ridley Hall, Cambridge and mission spirituality adviser with the Church Mission Society, argues, “The church needs to be in the story-telling space [that is] social media.” He should know: his Morning Bell social media page is popular among people of all ages, and shows the capacity of the church to reach people via non-traditional means.

Don’t expect young people to come to you. Go to them

Talk of social media connects to James Hall’s final point. “It’s interesting that at the end of Matthew’s Gospel Jesus doesn’t say, ‘Attract people to my church so that they become disciples,’” he remarks. “Instead, he says, ‘Go and make disciples of all nations.’

“Successful youth work involves going out to where young people are. To establish relationships where children and young people feel like they want to go to church, I’d say take the church to them. The church is theirs, it belongs to them. We need to help them realise that.” 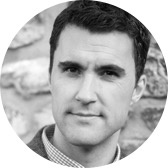 Dr Tim Gibson is a UK-based journalist, writer, priest and theologian. He has published books and papers about rural ministry, Christian ethics, and philosophy, and writes regularly for The Daily Telegraph. His parish ministry is in Somerset, and he has trained ordinands and lay ministers in the Church of England, Methodist Church and United Reformed Church.